Revelation 1 – How To Interpret Revelation 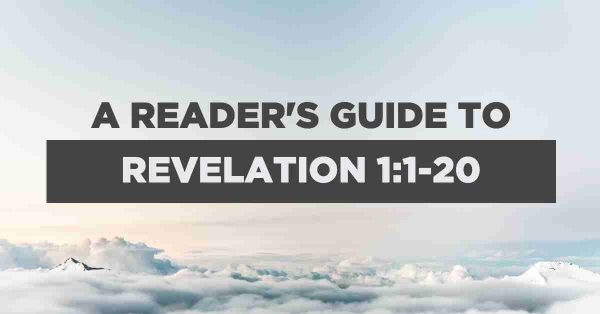 Welcome back to the BRC Podcast, my name is Aaron Ventura and today we begin a new series through the book of Revelation. And the goal of these episodes is to provide you with a chapter by chapter companion as you read through this book. There are 22 chapters in Revelation and I am going to limit myself to 22 episodes, which means I have to be very selective about what goes into each episode. So let me explain up front how I am going to make that decision.

What I have done is gone through the book and I wrote down all the questions I have or think other people will have as they read. And then I put all those questions into an enormous spreadsheet. So on the left I have a column of questions, and then to the right of each question is a row of answers/interpretations from some of the people I consider to be the best interpreters of this book. After seeing what these commentators have to say and looking at the text myself, I then formulate my own position and response to the question. And then for each episode covering each chapter of the book, I walk through as much of the material as I think can be covered in under 30 minutes. So that is the method to my madness.

Now who are my go-to guys when it comes to interpreting Revelation? There are basically two men that I believe have done the best work on the book of Revelation and they are: James Jordan and Phillip Kayser. James Jordan has 204 lectures (143 hours) of material that I have listened to going through Revelation in Detail. And Phillip Kayser has 118 sermons on Revelation along with an excellent website that has additional resources on it. I would encourage you all to check it out at revelation.biblicalblueprints.org. James Jordan’s lectures can be purchased at wordmp3.com

So Kayser and Jordan are the first two guys I check with because they have done a lot of the work for me already of sorting through the hundreds of commentaries that exist on revelation and separating the gold from the dross. So they help streamline my research. Once I see what they have to say, I then crosscheck with some of my written commentaries on Revelation. And I’ll just read to you my bibliography so you know who I am talking about if I mention their view in a future episode.

So those are all written commentaries you can check out, and I will make use of them on occasion. Alright, with that out of the way, let us dive into chapter 1.

Revelation 1:1-11 makes up what we might call the Prologue.

The vast amount of information just described is concerned with two things: orientation in space and time. The ritual order of sacrifice, the sequence of sacrifices in more elaborate offerings, and the calendar of sacrifices through the year, all orient the Old Creation participant in time. The Tabernacle, Temple, and Restoration Temple, together with the camp of Israel around the first of these, all orient the participant in space. These orientations are consistent, congruent, overlapping, analogous to one another, both spatially and temporally. The movement of the sacrifice from Altar to Ark-throne is also the movement from priesthood to kingship, from Moses (Aaron) to David. It is a movement from east to west.

The book of Revelation also assumes we are thoroughly familiar with the heptamerous pattern of God’s activity revealed in Genesis 1, and applied repeatedly throughout Old Creation history. It assumes we have a good idea of what range of concepts “fits” with each slot in this pattern. It assumes we know that seven is four plus three, and that twelve is four times three. It assumes that we shall bring this understanding with us when we read that the fourth Trumpet and the fourth Bowl bring judgments against the sun (made on the fourth Day), and that the Seals are arranged as Four Horses plus three, and that the Trumpets are arranged as Four Trumpets plus three Woes (opposite of the three Blessings on the last three Days of Genesis 1). The book of Revelation assumes all of this, and much, much more.

(Orientation In The Book of Revelation, James Jordan)

The Revelation of Jesus Christ, which God gave Him to show His servants—things which must shortly take place. And He sent and signified it by His angel to His servant John, 2 who bore witness to the word of God, and to the testimony of Jesus Christ, to all things that he saw. 3 Blessed is he who reads and those who hear the words of this prophecy, and keep those things which are written in it; for the time is near.

Now this is where a lot of people get mixed because they don’t understand how biblical symbolism works. Biblical symbols are living images that grow and develop through the biblical timeline. And to cite James Jordan again, “The reason the language Symbol exists is to say things that cannot readily be said in discourse languages. A symbol can indicate several things at once, if it exists in several symbol packages. For instance, the Tabernacle and Temple simultaneously symbolize (a) the cosmos, (b) the house of God, (c) the social community, (d) the individual human being, and (e) the Messiah as perfect Man.
Similarly, the altar is simultaneously (a) a miniature holy mountain, (b) God’s people as a whole, (c) the human person, and (d) Jesus. In the same way, Symbolic narratives exist at more than one level. Think of Revelation as a polyphonic musical composition, in which several melodies are moving simultaneously but with perfect harmony and interaction.”

So reading Scripture, and Revelation especially, is less like deciphering a code or solving a mathematical equation, and more like listening to a piece of music and identifying the various harmonies and melodies of the piece. And interpreters tend to go wrong when they make a single harmony into the dominant melody of the song. This means we have to retrain our ears and eyes to the symbolic patterns of Scripture and how they develop. One place to start would be with the seven days of creation. And if you read Revelation listening for the seven days of creation and how that is expanded in the Hebrew Festival calendar you’ll notice it actually follows that sevenfold structure. Another would be the architecture of the temple. Hebrews says the earthly temple is a copy of the heavenly reality, well Revelation gives us the heavenly reality.

I highly recommend going online to Google or YouTube and looking at few different examples the tabernacle, Solomon’s Temple, Ezekiel’s Temple, and Herod’s Temple. And then see if you can close your eyes and walk through each of them in your mind. There’s an outer courtyard where the Gentiles can come, then an inner courtyard where the animals are sacrificed on the altar and there is a laver of cleansing. Then if you were a priest you could pass through the twin pillars of Jachin and Boaz into the holy place. Within that holy place you would find the golden lampstands like stars for light and the table of showbread. And then just in front of the Veil that separated you from the most holy place, was the altar of incense. And then if you were the high priest who was allowed to go into the most holy place on the day of atonement, you would see the ark of the covenant (with the book of the covenant inside), and two cherubim above it. And that was God’s chariot throne.

Now if you have this temple in your mind as you read Revelation, suddenly you’ll notice that just about every chapter has some reference point to what happens in the temple: altars and angels, lampstands, bowls, trumpets, the scroll of the covenant, etc.

Now those are just a couple examples of the symbolic patterns and images that you want to become familiar with for Revelation to make sense. And it really is like learning another language, but the cool thing is that this is the language of reality. God wants to train us to read narrative and symbolism so that we can read reality and history. This is part of our maturation as images of God. We ourselves are images/symbols that signify what God is like. So we must commit ourselves to this lifelong journey of becoming a better reader of this language of symbol.

So those are 4 principles for reading Revelation that I follow and that I believe Scripture itself gives us.

Now let’s get into some of the other questions you might have about chapter 1.

Q 1. Who are these seven churches in Asia? What do they signify?

Q2. What are these seven spirits?

Q3. What is the coming with clouds that is mentioned hear?

Q4. Who are the seven stars, and what do they signify? 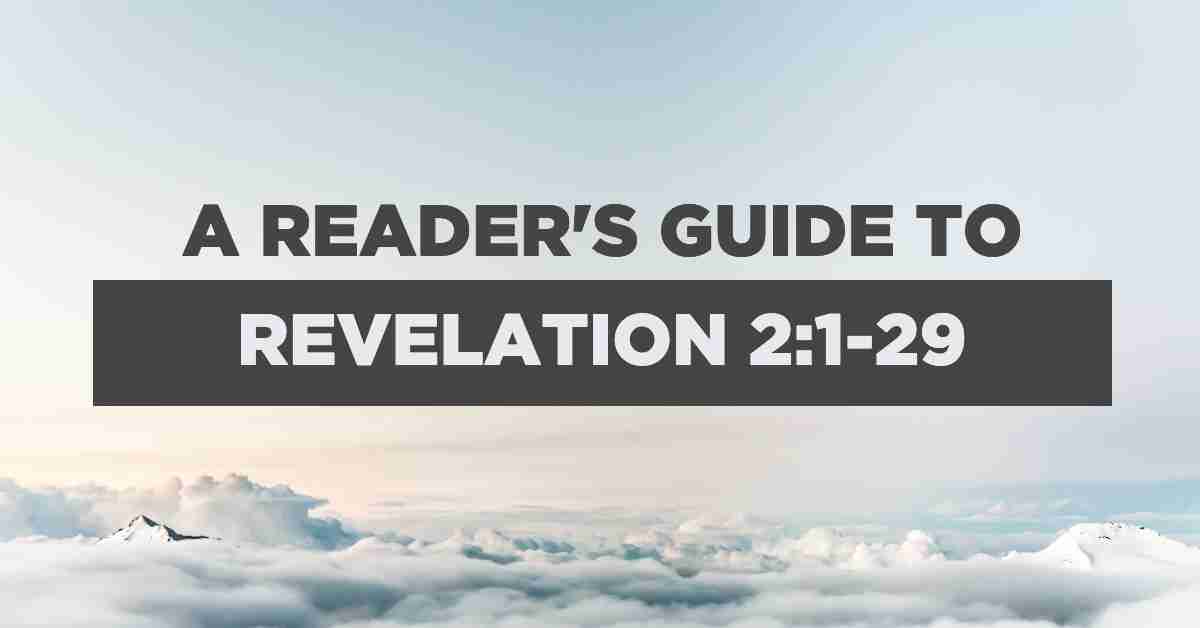 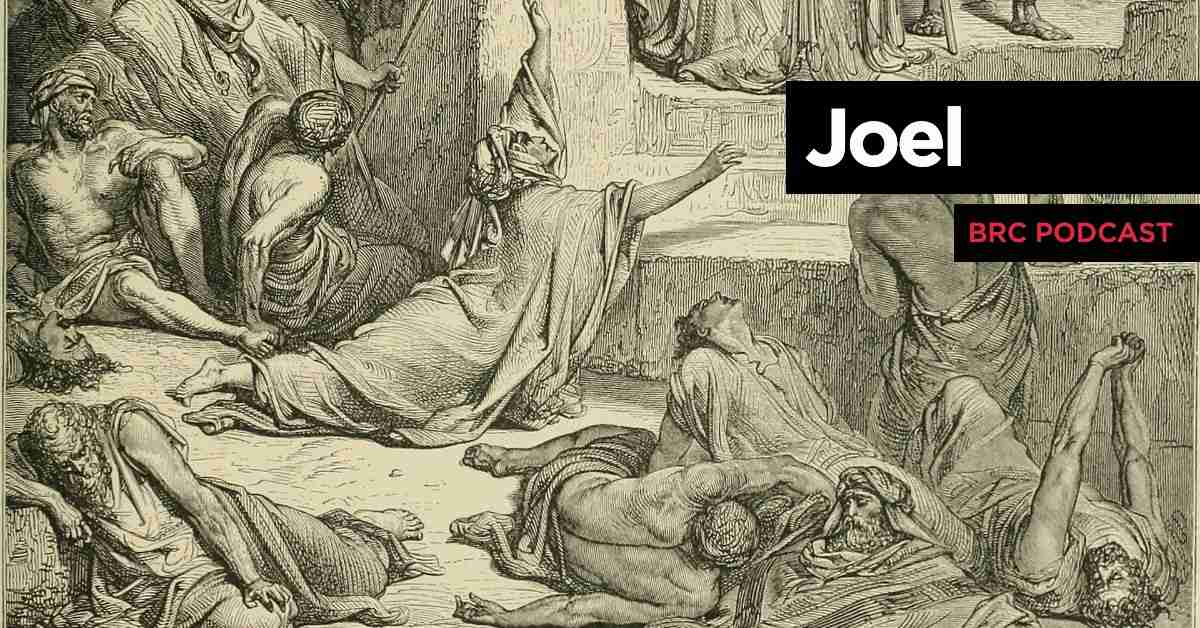