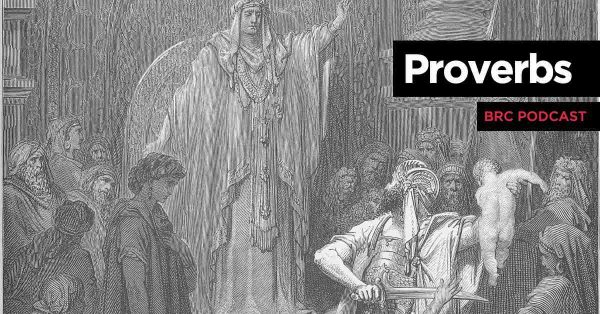 The Book of Proverbs

Proverbs is a training manual for princes. It is also the closest thing we have to a parenting book in the Bible. This is God’s curriculum to teach us how to grow up and exercise His righteous rule over the earth. In Hebrew, the word that gets translated as proverb is mashal (מָ֭שָׁל), which is also the same word that means “to rule or undertake something.” We might say that proverbs are “rules for reigning,” they are inspired lessons for holy dominion.

Wisdom Is For Kings

In Genesis 1:28, God gave to Adam the Dominion Mandate, “Be fruitful and multiply; fill the earth and subdue it; have dominion over the fish of the sea, over the birds of the air, and over every living thing that moves on the earth.” Adam was born to be king over creation, but before he could rule the world, Adam first had to learn to rule himself. The Garden of Eden was then his proving ground. There he was tested, taught, and given responsibility. He was told to tend and keep the garden, name the animals, and not eat from one forbidden tree. If Adam obeyed these commands, trusting God, eventually he would be promoted from prince to king. He would be exalted and granted access to eat from the Tree of the Knowledge of Good and Evil.

What this tree represented was kingship—the authority to rule and make judgments. When Adam and Eve sinned, they were sinning by grasping for something that they were not yet ready for. They were like children who steal the butcher’s knife before they know how to use a spoon. This sin of impatience with God’s timing, and the belief that God was withholding good things from them, is a perennial sin that we must overcome. It is the sin of unbelief that all of us must conquer, and Proverbs teaches us how to do that. It begins with the fear of the Lord (Pr. 1:7).

The Fear Of The Lord

Faith in God and the Fear of the LORD are essentially the same thing. Both require us to look outside of ourselves and unto God for everything. This is especially true when it comes to knowledge and wisdom. One of the ways you could define wisdom is: the ability to apply God’s Word in a variety of circumstances. It is one thing to know the Ten Commandments, this is knowledge. It is another thing to apply those laws when you are the King of Israel, this requires wisdom. In 1 Kings 3 we are given a prime example of this. Two harlots give birth on the same day, one of the babies dies in the night, the mother of the dead baby switches it out for the living one, and in the morning the true mother discovers the crime that has been done against her. Of course, Solomon does not know who the true mother is, and so we have a classic case of one person’s word against another. How will Solomon apply God’s Word and give justice in this situation? This gets at the essence of wisdom.

There is no case law in the Torah for how to deal with this, so Solomon must devise a way to find out the truth. To do this, he must employ a bit of stagecraft. Solomon is the original Sherlock Holmes, the original Poirot. He calls for a sword and announces the child be cut in two, this provokes a response from each woman. The false mother says “yes, divide the child in half,” while the true mother pleads with king to spare the child, even if it means giving him to the other woman. From the mouth of each, Solomon discerns the heart, and he gives the child to his rightful mother. It is this judgment that causes all Israel to fear the king, “for they saw that the wisdom of God was in him to administer justice” (1 Kings 3:28).

Wisdom Is The Ability To Make Distinctions

This story teaches us that wisdom is the ability to make distinctions. And the first distinction that we must make if we want to be wise is the distinction between God and man. God is infinite and knows everything. Man is finite and knows very little. Wisdom begins by acknowledging this, this is the fear of the Lord. All throughout the book of Proverbs various things will be compared, contrasted, and juxtaposed for our contemplation. Some distinctions are easy to make, for example between Lady Folly and Lady Wisdom, or the wicked and the righteous. But some distinctions require more thought and meditation. For example, Proverbs 26:4-5 says, “Do not answer a fool according to his folly, Lest you also be like him. Answer a fool according to his folly, Lest he be wise in his own eyes.” There is a time to answer a fool and a time not to. There is a time to speak and a time to remain silent. Proverbs sets these things next to each other so we are forced to meditate upon them, and it is in the act of solving these riddles that we become wise.

Some of the other distinctions you will encounter in this book are between the wealthy and poor, lazy and diligent, violent and peaceful. There are friends to keep close, and people to stay away from. There are liars and flatterers, honest men and truth tellers. There are rules and exceptions to the rule. There is causation and correlation, and these are not the same thing. Some proverbs are universally true, and others are highly situational. To give and receive good advice requires sensitivity to the time, place, and persons involved. This is why it says things like, “He who answers a matter before he hears it, It is folly and shame to him” (Pr. 18:13). Or, “The one who states his case first seems right, until the other comes and examines him” (Pr. 18:17). Wisdom is quick to hear and slow to speak.

One of the other major themes in Proverbs is distinguishing not just between good and evil, but between good and great, better and best. For example, “He who finds a wife finds a good thing, And obtains favor from the Lord” (Pr. 18:22). But it is “Better to dwell in a corner of a housetop, Than in a house shared with a contentious woman” (Pr. 21:9). So marriage is good, but marriage to a bad woman is worse than being unmarried, and best of all is to be married to a virtuous woman, that is great! To take another example, Proverbs has a lot to say about money, investing, wealth and riches. Proverbs 22:4 says, “By humility and the fear of the Lord are riches and honor and life.” So riches, honor, and life are good gifts from God. However, “A good name is to be chosen rather than great riches, Loving favor rather than silver and gold” (Pr. 22:1). So riches are good, but a good name is better, and if you have to choose between them, choose the latter. And don’t forget to factor in Proverbs 23:4-5 which says, “Do not overwork to be rich; Because of your own understanding, cease! Will you set your eyes on that which is not? For riches certainly make themselves wings; They fly away like an eagle toward heaven.” In other words, know when to stop, money may answer everything (Eccl. 10:19), but money is not everything.

So Proverbs gives us a hierarchy of what is important to God. To borrow from St. Augustine, it helps us “order our loves.” Jesus says there are weightier matters of the law like justice and mercy. And there are things of lesser weight, like tithing from your spice rack. Proverbs is meant to give us a healthy sense of proportion, to teach us that not everything is of equal importance. For Christians, the most difficult decisions that call for wisdom are not usually between good and evil, but between two seemingly equal goods. Wisdom is the ability to discern which path to take when both look the same. Wisdom knows what hills are worth dying on, and when to retreat.

In the New Testament, Jesus reveals himself as someone greater than Solomon, and one of the ways He demonstrates this is through teaching in parables. It says in Matthew 13:34-35, “All these things Jesus spoke to the multitude in parables; and without a parable He did not speak to them, that it might be fulfilled which was spoken by the prophet, saying:
‘I will open My mouth in parables; I will utter things kept secret from the foundation of the world.’”

The quotation here is from Psalm 78:2, and the word for parable there is mashal (proverb), which Matthew translates as “parable.” So proverbs and parables are the same thing. Both are meant to convey and conceal the truth. This is why so many people can read the Bible, and yet come away with completely different and even opposite interpretations. Not everyone is good soil, and proverbs or parables reveal who is who. Some people actually read the Bible and become more foolish and wicked as a result, they twist it to their own destruction. Meanwhile those who are humble with ears to hear, are transformed by the Word, and became loving, joyful, wise believers. This is what Jesus means when He says, “For whoever has, to him more will be given, and he will have abundance; but whoever does not have, even what he has will be taken away from him” (Matt. 13:12).

#1 – Look For All The Nature References

Proverbs is just a sample of Solomon’s wisdom. We are told in 1 Kings 4:32-33, “He spoke three thousand proverbs, and his songs were one thousand and five. Also he spoke of trees, from the cedar tree of Lebanon even to the hyssop that springs out of the wall; he spoke also of animals, of birds, of creeping things, and of fish.” We might say that Solomon was the best scientist of his day. He studied nature and categorized creation. This should remind us of the first job that Adam had, naming the animals. To name something is to exercise authority over it. Solomon is a new Adam, who has been given the fruit from the forbidden tree and is using it to glorify God. So look for the lessons that Solomon learned from creation, and then see if you can look at creation in that same way. I’ll give you a couple examples of this:

Here we are meant to think about how a gazelle or a bird escapes, and then imitate them. To do this, you would need to have seen a gazelle or bird in action. Or consider Proverbs 6:6, “Go to the ant, you sluggard! Consider her ways and be wise.”

Ants can make you wise. But only if you have eyes to see. Lastly, consider Proverbs 30:18-19 which says,
“There are three things which are too wonderful for me,
Yes, four which I do not understand:
The way of an eagle in the air,
The way of a serpent on a rock,
The way of a ship in the midst of the sea,
And the way of a man with a virgin.”

Creation is full of God’s marvelous works, and Solomon says they can teach us wisdom, so learn from him how to read the world. 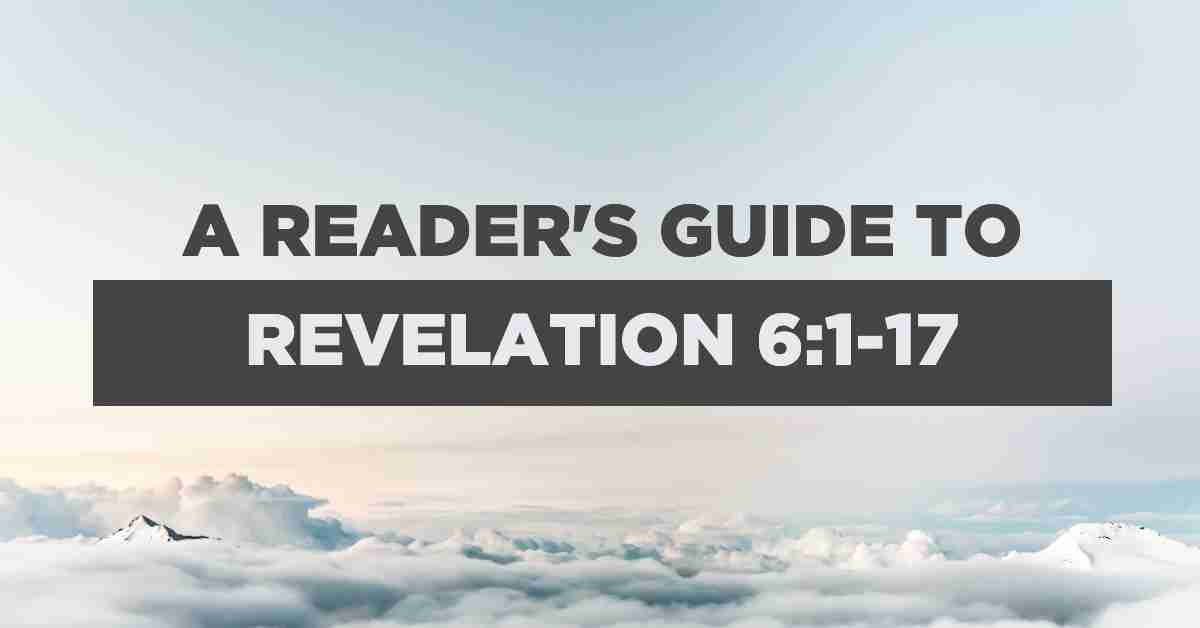