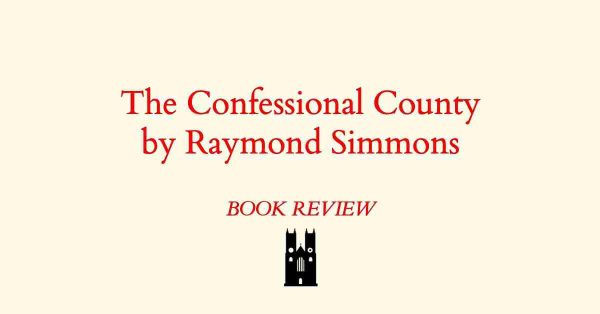 In 1820, the fertility rate in the United States was 6.59. In 2016, that number was down to 1.92, well below the replacement rate of 2.1. From 1973 to 2011, the sperm count for men in western nations, declined by more than 50% (90 million sperm per milliliter down to 47 million). The leading cause of death in the US is heart disease, followed by cancer, and a young man is more likely to kill himself today than die by covid. Depending on which study you look at, about half of the US population is on prescription drugs, and at least 1 in 10 Americans is on antidepressants. According to the CDC, 1 in 59 children has autism and this number keeps rising. By just about every metric, we are becoming a more sterile, infertile, and sick population. What accounts for this nationwide decline?

In The Confessional County: Realizing The Kingdom Through Local Christendom, Raymond Simmons argues that the US is under a land curse (Lev. 26, Num. 35, Deut. 28, etc.), and the only way to break this curse is for Christians to cleanse the land through “social confessionalism.”

What Is Social Confessionalism?

Social confessionalism is “the model presented in the Bible where all-of-society comes together and representative heads of family, church, and state, confess their societal sins and covenant with God and commit to following all of His commands.” Just as individuals are required by God to confess their individual sins and be cleansed, so also God requires various groups to repent as groups. Simmons summarizes our situation when he says, “societal curses are caused by societal sins and are only removed by societal confession.” Joshua and Caleb suffered the judgment of wandering in the wilderness for forty years despite their own personal faithfulness (Num. 14). In a similar manner, many Christians are suffering the judgment of living in a cursed land despite their personal faithfulness. Although the church and righteous individuals can and should intercede on behalf of apostate governments, it is only when the civil magistrate joins in this covenantal repentance that God actually heals the land (2 Chr. 7:14). Until that happens, there can be no Christendom and no progress as a society.

While this practice of social covenanting/confessionalism is nothing new, there are two unique contributions that Simmons makes suggests for our consideration. The first is the application of national covenanting to our smallest unit of civil government (the county). Simmons proposes that Christians consider strategically relocating to counties that could be Christianized within about ten years. Since God differentiates between towns (Gen. 18:20, Is. 17:1, Matt. 10:14-15) and land curses are “geospatial,” it is possible to establish new towns of “Goshen” that are protected from plagues (Ex. 8:22).

A second contribution comes in how Simmons makes the public confession of Christ’s Lordship a means rather than an ends of kingdom conquest. Most Christians think of Christendom as the end result of widespread evangelism, rather than seeing Christendom as a means by which other nations are made jealous and turn to Christ. This was the Apostle Paul’s strategy with the Jews (Rom. 11:11). Simmons argues that if local counties confess Christ and get out from under the land curse, these new Goshen-like pockets of Christendom have the potential to become cities on a hill that others will want to imitate. The real question then becomes, is building local Christendom achievable within our lifetime? Simmons’ answer is an emphatic “Yes!”

An Oasis In The Wilderness

The New Dunedin Project is one such attempt to build a deliberately Christian settlement in the upper Midwest. As a retired nuclear military strategist and international relations advisor, Simmons is no stranger to measuring risk and reward. In The Confessional County, he lists 26 criteria for assessing a location for such a project. This includes things at the state level like, homeschool laws, the death penalty, and resistance to federal encroachment (ie. fighting federal vaccine mandates). At the local level, Simmons suggests looking for a place that has less than 10,000 residents, with inexpensive land (less than $4,000 per acre), property taxes that are less than $2,000 a year for a $250,000 house, no state or federal agencies that employ more than a few people, no major colleges or universities, a county seat with less than 3,000 people, and no God-hating families of extreme wealth that could influence people negatively. The area should also be beautiful and abundant in natural resources (clean water, trees, fertile soil), such that people would generally want to move there. These are just a few of the criteria that people should consider if they plan to strategically relocate. Of course, the most important resource for establishing local Christendom is likeminded Christians who genuinely want to make and keep covenant with God. Without a faithful church at the center of society, God will not bless our attempts to build something new amidst the ruins. As the Apostle Paul reminds us, without love, we are nothing.

The Confessional County is a sort of counter-solution to Rod Dreher’s Benedict Option. Whereas the Benedict Option calls for a strategic withdrawal from society, Simmons’ proposal is far more radical. It is not just a reboot of our social machine; it is a completely new operating system. Simmons calls this an “offset” strategy (to borrow a military term). An offset is when we purposely ignore the enemy in order to build instead of react. The First Offset was in the 1950’s when the US was fighting a cold war with the Soviet Union and instead of building a better tank, Eisenhower “offset” and went nuclear. During The Second Offset (1975-1989), a portion of the US military ignored the world for a bit and developed stealth, GPS, precision-guided weapons, and datalinks. According to Simmons, “offsets are one of the primary ways the US has maintained the advantage. Our enemies have been reacting to us, trying to catch up for seventy years now.” If covenantal problems require covenantal solutions, then perhaps a portion of the church militant should offset and build a new Christendom from the ground up. This is the unique strategy Simmons offers us in The Confessional County, and one that all Christians should wrestle with.